Eating Up Italy: Food for Thought

I’m currently reading Matthew Fort’s book, Eating Up Italy: Voyages on a Vespa, which follows his journey through Italy, from south to north, on a culinary quest for the truth, culture and people behind Italian cuisine, in all its many varieties.

I’m really enjoying the book and the author’s way of writing, but what I want to focus on here is:

Let’s start with the first point and have a look at how Italy is seen from the outside with the help of Matthew Fort. 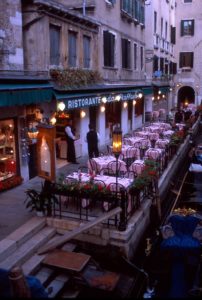 In contrast to many who write about Italy, Matthew Fort does not present himself as a great expert of the country, but rather as someone with limited knowledge of the language and the country in spite of his obvious interest in the place. Although he delves deeper into the culinary history than the average tourist would, he is in many ways comparable to the many tourists and travellers who visit Italy. What’s more, his experiences on his journey are comparable to the experiences which many tourists look for when visiting Italy, at least in my personal experience of working in the field. The image and impression which he has of Italy is similar to that of so many others and reflect some of the reasons why so many people are enamoured with Italy and chose it as a holiday destination.

I have identified some of the key characteristics which emerge from the book and which I think are important.

Passion – This is a recurring characteristic in the book, especially in relation to food. Italians spend a lot of time cooking, eating, and all the while talking about food. Before living in Italy myself, I had no idea that it was even possible to hold such an in-depth discussion about the characteristics of a good cappuccino, just as Matthew Fort probably never expected that one could talk about potatoes for 40 minutes!

Pride – This goes alongside passion, and is communicated in the way in which people talk about food which they feel a connection to. Despite not always being very precise when describing a recipe, the Italians who Fort meets on his journey (and also in my own experience) tend to consider each dish as something unique which should be treated with respect.

Moreover, their pride includes an element of mystery, for example the use of ‘quanto basta’ as a measurement in a recipe. ‘Quanto basta’ ‘As much as you need’ of salt, pepper, oil, as well as ‘un po’ di aglio’, ‘some garlic’, ‘some onion’. This could easily be a technique so as to never reveal all of the secrets of a recipe which, for reasons of pride, must remain as such! 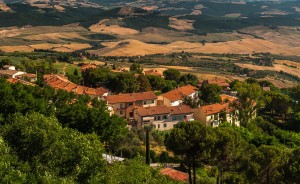 Territory – The strong connection between food and the local area is something which always strikes visitors from elsewhere. Each region, city, town and village can make claim to a huge number of dishes. Each small area is a culinary universe to be explored, with dishes which you may not find even 100km away. Especially for those coming from the UK, where multiculturalism has brought us a cocktail of culinary influences from all over the globe, Italy provided an opportunity to experience the other end of the spectrum. What is just a small “boot” on the map has so many dishes it would take more than a lifetime to taste them all.

Tradition – Food acts as a mirror for the culture and history of a place and tradition is an important element in a gastronomic experience. This is illustrated in the book by the example of the cicerchia, a legume traditionally cultivated in central Italy. It is an ingredient which recalls a time gone by of poverty, an ingredient which is now eaten less, and why? Because these days, thanks to many factors, one of which being a higher standard of living, Italians are no longer as limited in their choice of food products. However, travellers enjoy tasting this unusual product, partly because it represents a connection with the local history and tradition, despite not reflecting the norms and customs of today.

Travellers today are looking for a more romantic or exotic experience which connects them to tradition. 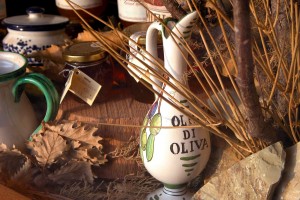 The way in which a foreigner sees and appreciates Italy is not the same as the way in which a local lives their life there. But at the end of the day, don’t appearances and perceptions count for more than the truth? In the world of translation, especially with promotional tourist texts, it is important to not only think about the idea what an Italian would promote about his country, but also think about what a foreigner would promote about Italy, looking at things from the target reader’s point of view so to speak. By finding a balance between these two perspectives, it is possible to offer unique experiences to travellers, putting on display the best of Italian culture and tradition.

Whilst Italians surely know their country better than anyone else, what an Italian thinks is the best aspect to promote about their country may not be the same as what a traveller or tourist is looking for and in order for a promotional translation to be successful it needs to connect with its readers and their desires.

Why do WSET Level 2?

Top tips for checking your translations

Specialised Translations – what does it mean?

Based in the UK, I use my specialist knowledge of food, wine, travel, tourism and the outdoors to give you top-notch translations and content.